Burghley- a triple of tips from William Fox-Pitt

It’s safe to say my recent  trip to Burghley Horse Trials was jam packed full of exciting things to do and see, not to mention the temptation of shopping! The team at Jump 4 Joy organised and hosted the most fantastic meet and greet with their ambassador William Fox-Pitt. I was lucky enough to attend the Q&A, for a chance to meet and ask some questions. It was such an insightful and eye opening half hour, I  learnt so much that I wanted to share the top three things I learnt from speaking with William for everyone who wasn’t there.

‘Thinking too much is always a bad thing, sometimes the best riders are the thickest’

My Friend Flossie England asked when it goes wrong, should we really try to analyse every part of it? and this prompted the above response and answer. He explained that although it’s important to figure out what happened, it’s also vital that you move on from that mistake and put it behind you. Over analysing can often lead to it becoming a ‘thing’ or will just generally drain you, often getting on with your competition and putting it behind you is much better than making a meal out of one time mistakes or hiccups.

‘You can’t argue with a video’

No matter who you are, if your mum tells you you’re doing something wrong, you probably won’t believe her word alone. After her efforts of offering advice being declined or overlooked, Williams mum, Marietta began videoing his riding so that he could visually recognise where he could improve. Video footage has since been a useful tool to pick up on what needs improving as you can’t argue with the camera like you can when someone tries to tell you what they think, it’s a lot harder to forget about mistakes when the evidence is there to see. But also it is a lot easier to understand how to improve when you can replay and acknowledge potential improvements to make.

‘Training has got to be categorised for what your aim is’

The approach to training begins very simply, you need to think ‘what do I want today?’ And work from there, we all agreed that no day is ever the same for horse or rider and our training needs to be varied to help keep both horse and rider engaged, learning and progressing. Planning to work specifically on one area such as transitions or straightness can help to materialise a productive session. Slowly as you begin to strengthen these different elements separately you can then go on to pull them together to deliver an all-round better performance.

Unfortunately I couldn’t join the team for the coursework as I began to get a bit weak and poorly towards the end of the meet and greet, however Flossie England, eventer and fellow para rider thoroughly enjoyed the experience and reported back to me to pass on even more of what she’d learnt (thanks Flossie!).

In Flossie’s words below..

Apparently the dislike for frangible pins was explained during the coursework at the white gate, as they were on a forward 1 which they discussed can lead to the horse running flat and so could take the pin, or if the chipped in another stride they could take the pin going up.

He also talked through how the 11 fault penalty ( for a pin) would definitely come into play at the trout hatchery, joules at the moulting as well as the White Burghley gates in front of the house.

Although both me and Flossie were elated to steal some of Williams time with him attending this year as a spectator, we were both keen to find out what his plans were for returning next year in the saddle. Unfortunately both main horses have picked up minor injuries and he didn’t want to rush them back, but does wish to be back next year- which is great news for us as keen spectators! It’s also reassuring to hear his horses really do take priority, and that keeping them happy, not rushed and healthy to priority.

I’m still digesting the many things we learned whilst meeting William, and besides his wealth of knowledge I can genuinely say he was one of the friendliest and down to earth athletes out there, a real joy and honour to listen to. Jump 4 Joy organised such a wonderful opportunity and I’m sure everyone there can definitely agree how insightful and fun the experience was. 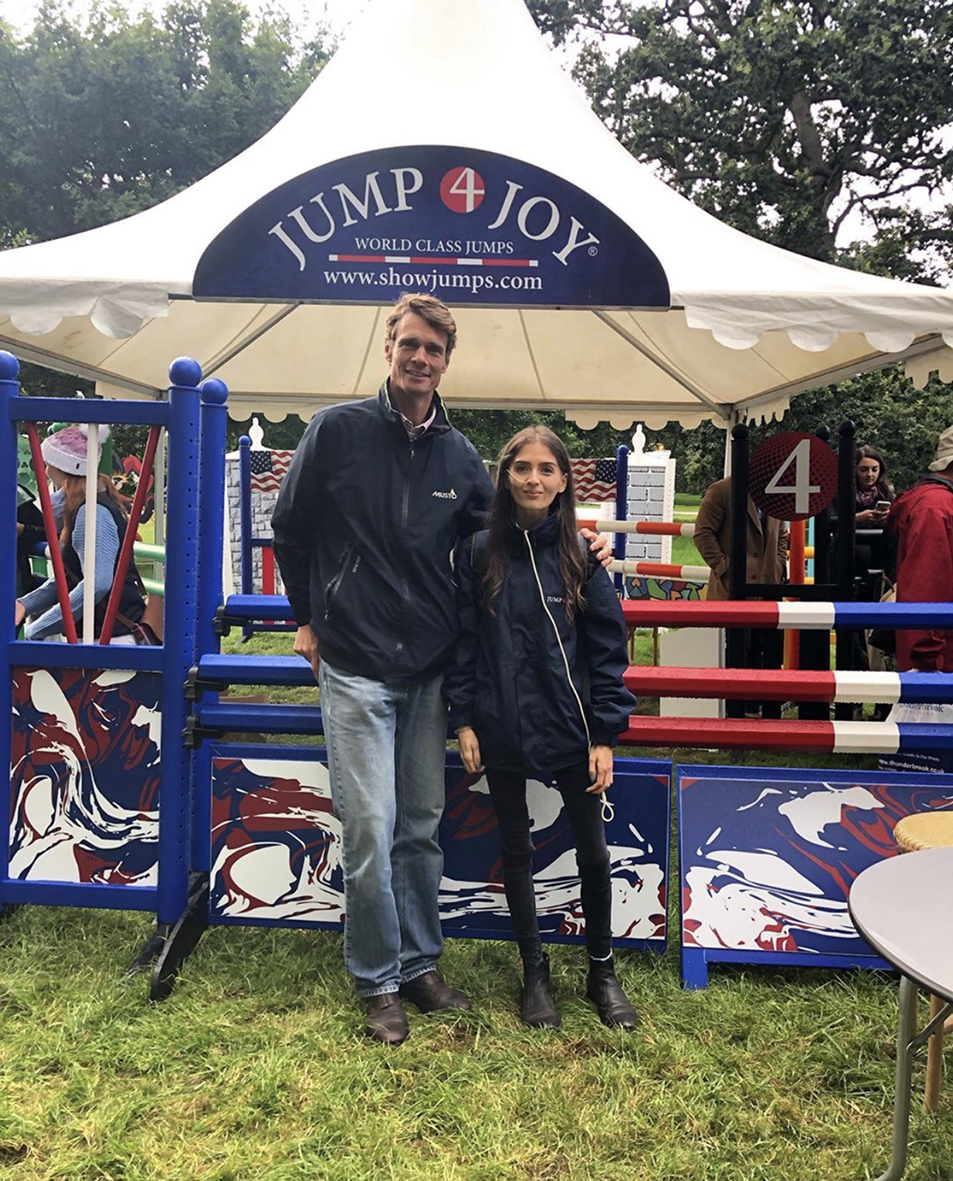